Creating An Environment for a Horror Story By Sarah Todd 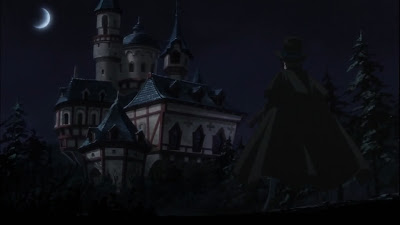 The best horror writers give their readers a scare; perhaps make them shiver with fear or squirm at vivid descriptions of a terrifying scene or a frightening character. A good horror story will make its readers feel uncomfortable, afraid to turn the page to read what happens next. This article will discuss setting the scene that a good horror story will be happy to call home.

Ask someone to choose a setting for a horror story and the response will probably be: ”Use your imagination”. But that’s not strictly the right approach. It’s all very well to let your mind conjure up images of chainsaw-wielding zombies roaming the highway in search of fresh blood to appease the zombie king who lives on a haunted island in the middle of a lake… but how do you make the story believable? Your imagination may give you a great idea for a horror story, but that’s just the first step towards creating something to capture your readers’ attention.

A healthy dose of reality is what turns an idea and plotline into a horror story. The good horror writer will use plenty of reality to bring his story to life, creating a world that will – ultimately – terrify his readers. Inspiration is everywhere, and when creating the setting for your story you probably don’t have to look very far. The trick is to use your words to paint a typical scene – one with which most people are familiar - perhaps a place where they feel safe. Then add a couple of sentences to imply that perhaps all is not as it seems and there’s something not quite right with this picture.
The paragraph below is from William Peter Blatty’s terrifying book The Exorcist. I’ve boldened the few words he’s used to add a chilling element to the basic description of an average house. Note how he’s used a couple of sentences to enhance the “normality” of the scene:


The house was a rental. Brooding. Tight. A brick colonial ripped by ivy in the Georgetown section of Washington, D.C. Across the street, was a fringe of campus belonging to Georgetown University; to the rear, a sheer embankment plummeting steep to busy M Street and, beyond, the muddy Potomac. Early on the morning of April 1, the house was quiet… At approximately 12:25 A.M., Chris glanced from her script with a frown of puzzlement. She heard rapping sounds. They were odd. Muffled. Profound. Rhythmically clustered. Alien code tapped out by a dead man.

Although reality-based settings may appear to be mundane and commonplace that’s not strictly true. The very ordinariness of this kind of setting can work in two ways. First, readers are familiar with ordinary because that’s their world. It’s where they live, work and play. The fact that we can all relate to “ordinary” means the relationship between writer and reader is already going in the right direction. This helps readers believe the story’s setting is credible, a vital ingredient to the success of a horror story.

Secondly, you could introduce an ominous, thickly atmospheric setting - the misty-fog-shrouded swamp, the torture chamber in the dungeons of a crumbling castle, the burial ground of a Satanic church, the empty street at midnight lit by one flickering streetlamp… all these situations warn the reader that something nasty is going to happen. These kinds of settings are celebrated by the horror genre, because they prepare the reader for the rest of the story

Finally, you know your story has worked when readers think: "This could probably happen under the right circumstances”. Readers are already meeting you more than halfway – by choosing to read your story they’re making an oath of sorts: they agree to be scared and terrified by reading your words.


Sarah Todd was born in Africa, and lived there for the first 38 years of her life. She worked in the world of public relations for over five years, running her own PR company and dealing extensively with the world of journalism and the print media. She is an author on http://www.Writing.Com , a site for Writers. Her blog can be visited at: http://www.writing.com/authors/zwisis/blog

Thanks for this contribution.

Writing Fantasy - A Creative Apaproach to World Building by Will Kalif

Draw maps of your world

If you read a lot of epic fantasy chances are you have looked at the maps that come with many of these books. They are a wonderful addition to the writing. They bring a visual reality to the world contained in the novel and they are not an afterthought to the novel. They are a valuable part of the novel reading experience.

Maps are not just for the reader though. They can serve a very useful function to you as a writer. Chances are good that your main character or main characters have to travel around the world you have created. Where are the rivers? How far apart are the cities and towns? What are the main features of the landscape? Are there mountains? How long would it take your character to walk from one place in the world to another place in the world. A good map can help you answer all these questions.

Too often maps are almost an afterthought. The story is written and then the map is drawn to fit the story. You should turn this approach on it’s head and draw the maps early in the writing process.

A map or even a series of maps can ground your story in a sense of reality. It can also spur new ideas in the story. The visual layout of a map can bring out new ideas. Does the map feel like it is missing something. Does it feel natural for a lake to be at the base of a mountain? Draw it in and see if it brings a new chapter to your story. Are there two rivers that meet? What should be at this meeting point? Is there a city? Maybe there is a dark forest. Maybe these new terrain features will play a role in your story.

Maps are something that a reader often refers to. A map is a bonus in a novel and whenever there is a map in a novel that I am reading the map pages are deeply dog-eared. It brings a different part of the readers brain into the story. Don’t neglect maps and don’t save them as an afterthought. Use them to their fullest potential. Even if you don’t have much skill with drawing, your map may be good enough to actually use in the final print version. It is the roughest maps that look like they are hand-drawn that are the best accompaniment to a fantasy story.

Make 3d scenes and dioramas for your world

I am a diorama maker. I love creating little scenes with wizards, barbarians and all sorts of evil creatures. When I wrote my first novel I took on the ambitious project of creating a tabletop diorama for one particular area of the world I had created. It was a project that covered a custom built table that was seven feet long and four feet wide and it took a lot of time to build but the reward for this project was also big. Having an actual layout of a scene in the novel allowed me to breathe life into the novel. I could now see the terrain and the characters as they moved over it. I could envision the weather and the plant life. It made it much easier for me to draws pictures in my reader’s minds. You don’t have to do a project as ambitious as the one I did, you could just do a small scene but this type of world building in a visual sense will add a sense of depth to your writing.

Hello, everyone.
Iam announcing that there is an increase in fees. this is due to the increase in advertising cost. The fees for edit and critique service will still be affordable.

Rush Jobs $60.00 flat fee (rush jobs are done for editing ONLY. Sometimes writers need their scripts edited within a short time to meet a deadline. Rush jobs take 2 to 3 days. So send your script 5 days before your deadline. That the editing will be done in 2 to 3 days and I'll have 2 more days to review the edited script.)

Turnaround time:
Editing: 1 week
Critique: 1 week
Editing & Critique combination: 2 to 3 weeks
Letter: 2 weeks (it takes this long because the script must be read or else the writer sends a summary instead)

Scripts can be received as email attachments or by postal mail, whichever works best for you.

Turnaround time:
Editing: 3 week
Critique: 3 week
Editing & Critique combination: 4 weeks
Letter: 2 weeks (when only a letter is only requested, the writer must send a synopsis of the book. The synopsis is used to write the letter.)

Books are received by postal mail. For books I prefer to make editing corrections directly on the manuscript because books are longer and more comprehensive than scripts.

Payments are received by Paypal, money order, or cashier check.