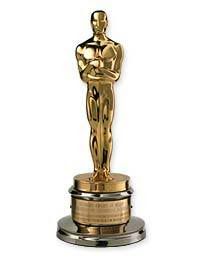 Following is the complete list of winners for the 2011 Editor’s Choice Award for Outstanding Screenplays.

Shades Of Grey by Abdul Casal
Nickle For You by Mark Zakeri
We Don’t Die by Cedrick E. Wilson
Gram’s Crackers by Susan Howl-Stein
Soapy Sunday by Rye Michaels
Fat Girls Can Sparkle by Kelly May Daniels
George’s Sister Maggie by (name not available)

2011 Editor’s Choice Award for Outstanding Screenplays is a special award and recognition for the best screenplays edited during the year of 2011. The scripts eligible for this annual award were edited and / or critiqued by the editor(s) . Winning scripts receive an award letter declaring achievement. The award can be used by writers as credit when querying producers and agents. This can be a valuable asset to writers with no credentials but have created very good scripts . If it shows in the query the script won an award or competition, attention would be given to the query.

Scripts edited and / or critiqued by editor(s) this year will be eligible for 2012 awards.
Posted by Frances Beckham at 9:37 AM No comments: