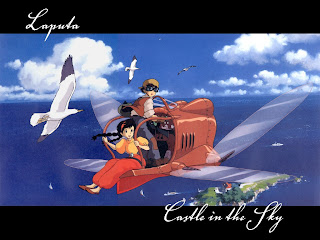 Why have upwards of 12,000 newsletter readers if you can't ask them things every now and then?

The piece about Marvel comics last week set me thinking. If you've ever been a comics fan I've got a question for you!

Years (and years!) ago I read the first part of a story that I'd love to track down. I think the first few pages of the story appeared in the back of a Fantastic Four comic, and I never got the next issue, and, even after all this time, I'd still love to find out what happened.

I'm not sure if it was a FF story in its own right, or whether it was just some kind of short, off shooty thing. The setup was that there was an middle aged man, maybe in his mid fifties,who had the power to make the world exactly as he wanted - and the gimmick was he didn't know he could do it.

As far as I remember, he was a gloomy, blue collar kind of a guy, a natural pessimist, and so if he thought he was going to have a tough day at work, or it would rain on his barbecue, or he'd get a traffic ticket - because he had this super power, power, well, he would bend the world to make it happen - without knowing HE had made it happen - and so he just got constant validation of his own pessimism and got more and more gloomy.

There was only one thing he had no control over, and that was his lazy, long haired, hippy son, (and that just went to show, as the narrator said, there are just some things in the universe that are too difficult to change, and a layabout son is one of them!)

Anyway, the episode ended about there, but I have looked for years to find out what happened! Maybe he went up against the FF  somehow, maybe he had a much smaller foe - maybe it wasn't even IN a FF comic but was somewhere else - but I would LOVE to track it down..!

Because of the son I think it had to be around the late sixties - does this ring any bells with you?

I'm running another excellent weekend course for screenwriters with Philip Shelley. We've got another top literary agent as our special Sunday afternoon guest too. It's the weekend of 22-23 Sept - book early
for a discount:

Blue Teapot Theatre Company in Galway work with actors who have learning disabilities. They are a great company and recently lost Arts Council Funding due to cuts and the fact that actors with their disabilities are not deemed important enough by the Arts Council in Ireland. Despite the company raising a High profile last
year for the Arts Council. If you have a spare fiver that you can donate to help them reach, or even surpass their target that would be great... and if you believe in Karma the amount will be returned to you ten fold.

Is "The Big Bang Theory" fading out? Too many sex based storylines, and not enough geek action? Too much canned laughter? Whatever the reason, I'm not getting quite as much joy from it lately. Oh no. :(

John Buchan's definition of romantic adventure: "That which effects the mind with a sense of wonder--the surprises of life, fights against odds, the weak confounding the strong, beauty and courage flowering in unlikely places."

"It's not much of an exaggeration to say that all contemporary escapist entertainment begins with 'The 39 Steps,'" - Robert Towne, the screenwriter of "Chinatown".

"Most 'pure' movie thrillers, especially when you think of Hitchcock, are either fantasies fulfilled or anxieties purged." - that was Robert Town again.

(Thanks to Jonathan Hall for drawing my attention to this.)

Firstly, an unusual one.

I had an email this week from a Goldminer called James Darren Newton. I don't know James personally, but this looks like it could be an interesting opportunity, so I'm reproducing it here in case any of you are interested:

I'm looking for a feature script to direct/shoot next year. A low budget (<£100k) with limited locations. Ideally a drama, but I will consider other character driven genres too. Something along the lines of "Exam" or "Buried".

This will be my first feature. I've directed lots of theatre and a few short films. Over the years I've done my fair share of corporate work too - I was internal at Microsoft for several years where I directed countless films. I trained as an actor and worked in theatre and tv for a number of years before directing:
http://www.imdb.com/name/nm0628492/

I currently have a project in development with Dominic Minghella at Island Pictures, and I have another feature in the very early stages of development. I can raise funds against the right project.

If you're interested, please contact James directly on that email address. (Obviously please do your own due diligence before signing anything - as I said, I don't know James personally and so I'm neutral about recommending this - but it sounds like it could be a thing.)

And now on with your usual Inktip Leads.

Firstly, here is your free job lead. It is exclusive to you as a Screenwriting Goldmine subscriber.

Remember, the only other way you'd see this job lead is by paying to become an Inktip Subscriber.

Budget will not exceed $2 million. WGA and non-WGA writers may submit.

Our feature film credits include "Basic," "Pathfinder, "Janie Jones" and the upcoming films "Waco" and "Chained."

To submit to this lead, please go to:

NOTE: Please only submit your work if it fits what the lead is looking for exactly.  If you aren't sure if your script fits, please ask InkTip first.

A. These leads go out without contact details to the free Inktip Newsletter, so there is a lot more competition for them.

B. To receive the contact details so you can actually submit your script to the company you do need to pay $50 for a four-month subscription to Inktip (half price if you have a script on the site).
For more information about the Preferred Newsletter go here:

**
Company A
**
We are looking for completed feature-length edgy scripts from stories in the Bible but in the style of "300" and "The Passion of the Christ."  We are NOT looking for modern-day retellings but stories set in biblical times, such as David & Goliath, Jesus' time on Earth, Samson, etc.  We are NOT looking for G-rated versions either.  They should have a modern sensibility and edge so it can appeal to a broader audience.

Budget will not exceed $5 million.  Both WGA and Non-WGA writers may submit.

For more information on gaining access to this lead, please see www.InkTip.com/pnews.php.

Budget will not exceed $7.5 million.  Both WGA and Non-WGA writers may submit.

For more information on gaining access to this lead, please see www.InkTip.com/pnews.php

**
Company C
**
We are looking for completed feature-length contained thriller or action scripts, i.e. scripts in the vein of "Phone Booth" or "Buried."  Submissions should be for stories that take place in five or fewer locations.

Budget will not exceed $3million. Only non-WGA writers may submit.

For more information on gaining access to this lead, please see www.InkTip.com/pnews.php


How To Write a Screenplay
My own, downloadable step by step guide.