HOW TO WRITE A CHARACTER FROM START TO FINISH

The best fiction is about a character who changes in some significant way. The selfish brute learns to put others first. The woman marrying for money decides to marry for love. The career ladder climber learns to cut back on his hours to enjoy his family. The bitter old crone learns to let others in. The independent pilot of the Millennium Falcon learns to care about a cause. The owner of Rick’s Café Américain decides he will stick his neck out for somebody after all.
We love to see characters transformed. Mainly because we are being transformed. We know the painful but liberating feeling of ceasing to be one way and beginning to be another, especially if the new way results in more success in relationships or other areas of life we value.
—by Jeff Gerke
Most of the time, main characters in fiction are changing for the better. It’s uplifting to see someone make good choices and improve as a person. Probably your book will be about a character who changes for the best.
But there’s also room for characters who change for the worse. Indeed, though they may lead to depressing, poor-selling books if given the lead role, these tragic characters are fascinating to watch. Before our very eyes, Roger in Lord of the Flies, Allie Fox in The Mosquito Coast and Anakin Skywalker in the Star Wars saga all devolve into villains. It’s terrible and we want them to stop. But part of us doesn’t want them to stop.
Perhaps most intriguing of all is a “bad” character who flirts for a while with the idea of being good, but then decides that his true self is on the dark side of the street. Gollum/Sméagol in The Lord of the Rings is a famous example.
Of course, not every story has to be about a character who changes. Certainly we don’t expect much change from Indiana Jones. He simply is who he is. And there are wonderful stories about people whose character is so complete at the beginning of the tale that everyone else must change around them. Anne of Green Gables is a terrific example of this. Anne is out of step with everyone. She doesn’t fit in. And yet as those around her try to change her to conform, they discover that it is they who are in need of becoming a bit more like Anne. Forrest Gump, WALL-E, Don Quixote, Mary Poppins and even Jesus Christ are the agents of change though they themselves do not transform. But these characters can be difficult to write well—and they’re more the exception than the norm. So let’s focus here on a main character who changes.
Whether your protagonist ultimately turns toward or away from the light will be up to you, but we’ll look at ways to send her on a journey in which she’s transformed.

It’s imperative you understand these five phases are steps on a voyage between two points: the “knot” and the moment of truth. The journey itself is a measure of where the character is along the progression between these two points:

Everything else is preparation for this quest, progress along this quest, and aftermath of this quest. The simple graph you see is the thing that is going to ensure that your novel has both incredible characters and satisfying plot.

The Seeds of Change

The knot is the thing that is wrong with your character. It’s her flaw, her besetting sin, the unhealthy lifestyle she’s gotten herself into. It’s the harmful thing that the story’s whole point is to expose and give her the opportunity to change. In short, the knot is the thing that is messing up your character’s life.
You as novelist act as Fate or God over this character. You know exactly what’s wrong with this person, you see how it’s harming her, and you know how to bring it to her attention. You decide you’re going to force her to deal with it. You care about her too much to leave her in this handicapped state, so you’re going to make her see it and make a decision about it once and for all. This moment is your hero’s Inciting Event.
So you begin sending difficulties into her life. She wants to keep things the way they are—stay in an abu- sive relationship, give up on her dreams, not stand up for herself, hang on to her bitterness, etc.—because, despite the pain of the status quo, it beats the potential pain of change. But you won’t let her. So you, as a good fiction deity, rain on her parade. You make it progres- sively harder for her to ignore the folly of the choices she’s making. You bring in positive examples of what her life could be like if she were to try an alternative way. And then you put the squeeze on her (something I like to call Escalation). It’s all about getting her to the point where she will choose, her Moment of Truth. At the outset of the story, she had arrived at an unhappy medium, an imperfect solution that is not good but is at least better than all the other alternatives she’s found so far. But through the course of the tale you will show her clearly how her solu- tion is harming her and you will show her the bright, happy land she could enter if she went the new way. When she gets to this moment of truth, it will be as if she’s standing at a crossroads. She needs to be able to perceive what her alternatives are. “I can stay as I am and suffer these real and potential consequences, or I can make this change—at this cost—and enjoy these real and potential benefits.”
It’s that hanging-in-the-balance moment that is the point to which your entire story is heading. You could go so far as to say that this moment is the one and only purpose of the story. What the character chooses in that moment is the all-important thing, the infinite pause when heaven and earth hold their breath to see what this person elects to do in her instant of perfect free choice.
The aftermath of that choice leads to the Final State and the end of the story. That is your character’s inner journey in a nutshell. Make no mistake: Your book is about what your main character decides at her moment of truth. Everything else is just the vehicle to drive her to that pen- ultimate moment.
Can you see how this is an application of our simple graphic? If the destination we’re driving to is the moment of truth, then the starting point—the causation point, really—is the knot, the issue causing the problem in the first place. The trip from one to the other is your story. If you build your novel as I recommend, 75 percent of your book will consist of your main character’s inner journey.

The Role of Change

When you’re first concepting your character, you might be tempted to think only about who a character is. But to keep your characters interesting you must also think about what your character can become. Given this starting point, this temperament, and these layers, how will this character respond when shown she’s wrong or dysfunctional in some way and offered a better alternative? People don’t like to change. It’s so much easier to stay as we are, even if it’s hurting us. In fiction, as in life, people resist change.
Right up until the moment when it hurts too much. People dislike change, but they dislike unacceptable pain and consequences even more. Wait, you mean I could go to jail for that? You mean I won’t be able to see my girl- friend anymore—ever? You mean I really am, for sure, 100 percent, going to die if I do this one more time? Dude, what do I need to do to make that not happen?
Your job as story god over this pathetic, synthetic human you’ve created is to bring the pain. You have to dislodge her from her comfortable dysfunction like a pebble you have to remove from a block of mud. The crowbar you use is pain. You have to make it more painful to stay the same than it is to contemplate some manner of char- acter revision. People don’t change until it hurts too much to stay the same. Bring that pain to enable that change, and you’ll have uncovered the inner journey.
This article on character writing, by Jeff Gerke, first appeared in Plot vs. Character. Click here to order your copy. 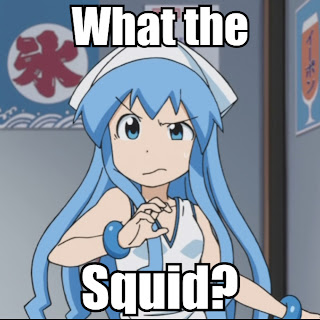 I have been getting a lot of request for loglines. I give different prices . Since I have so many requests for this service, I decided to set a single fix price.Logline: $5.00 Flat FeeA synopsis or summery is required. It well be used to form the logline. The logline is just one line.

Payments are made by Paypal or cashier check by mail.

Posted by Frances Beckham at 10:30 AM No comments: